Monday, August 19, 2019
I had a brilliant day with Olympus at Thruxton on Saturday 17th combining two of my favourite things, photography and cars. As a studio-based commercial photographer specialising in product and jewellery photography, it was great to be invited by Olympus to get outdoors and try a different type of photography.

I hadn’t really seriously looked at an Olympus since my OM1 film camera many years ago.  When I moved from film to digital, I selected Canon at the time, and it’s always been difficult to consider changing due to the investment in lenses.

When I arrived at Thruxton, the team at Olympus handed me an OM-D E-M1X to borrow for the day, and I was immediately struck by the build quality of the camera. It felt very natural, light, and within minutes, I had customised it to work the way I wanted.

The camera and lens combination was surprisingly light, and I didn’t miss for one-minute carrying and a big bag of lenses around. The 40-150mm lens I borrowed is equivalent to 80 – 300 mm in a full-frame world, which was ideal for Motorsport. The quality of the optics was astonishing and I really liked the lens focus ring which you slide back towards to body to switch to manual focus. It seemed so obvious rather than fiddling around looking for a switch on the side of the lens. The lens hood is also built-in and just slides out, which seems a much better idea than having a separate lens hood which is easy to lose.

The autofocus system was very impressive. Both the speed and accuracy of focus was amazing and looking at the images afterwards I don’t think there was one image out of over a thousand taken on the day which wasn’t sharp.

The camera can shoot up to a maximum of 60 frames per second, which meant I was able to keep up with the action on the day. I set this at 30 FPS, which was more than fast enough for me.

Like many people, I had discounted micro four-thirds based on what I had read in photography forums and magazines. I was pleasantly surprised how well the camera worked on the day and looking at the results afterwards, and I couldn’t tell the difference between this and a full-frame camera for this application. I would like to see how it performs in low light, and I’m very intrigued by its high-resolution 80mp mode and in-body image stacking, which could be very useful in my daily work as a product and jewellery photographer.

Here a few images from the day, all of which are straight out of the camera. 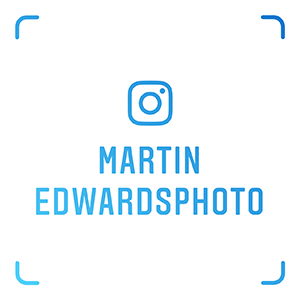